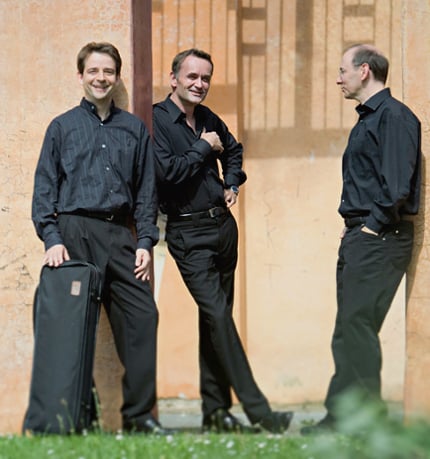 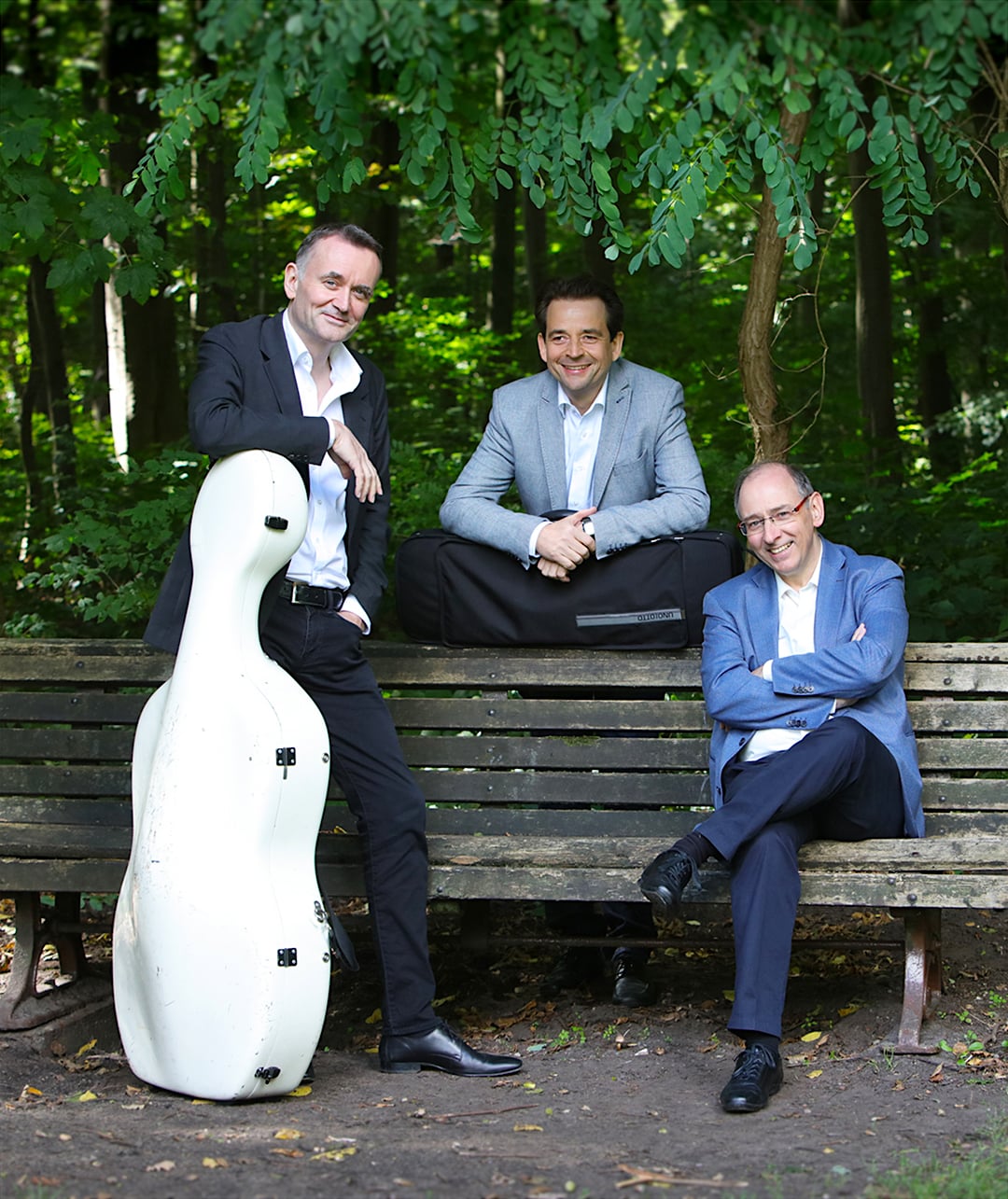 The Trio Jean Paul, founded in 1991, is one of today’s most distinguished chamber music ensembles and a popular guest at the international concert venues.
Among the highlights of the latest seasons were concerts at the Konzerthaus Vienna, at “Phiharmonie” Berlin and Cologne, at “Palais des Beaux Arts” Brussels, at “Glocke” Bremen, “Wigmore Hall” London, “Tonhalle” Zurich and “Laeiszhalle” Hamburg as well as the renowened Sociedad Filarmónica in Bilbao, Gulbenkian Foundation in Lisbon and Liceo de Cámara in Madrid. Concerts in Los Angeles, Dallas, Boston, New York, Vancouver, Quebec and Montreal marked their last tours of the US and Canada.

By naming their ensemble after the author Jean Paul, the three musicians not only refer to their special affinity for the works of Robert Schubmann, but also to the fundamental artistic idea of making the music’s speech-like and rhetorical elements to the point of departure for their interpretations. This approach draws a line from the works of the Classical period, via the Romantic idea of the “poetic music” to the music of today. An important area of the Trio’s work is therefore its occupation with the contemporary repertoire as numerous world premieres by famous composers such as Martin Christoph Redel, Kee Yong Chong, Michael Denhoff, Albrecht Gürsching, Gordon Kerry, Volker David Kirchner and Wolfgang Rihm show.

Their CD with Brahm’s Trio op.8, B-major (version 1854) and Schönberg’s “Transfigured Night” (adaption for piano by Eduard Steuermann 1931/32) has been honored with the “Preis der Deutschen Schallplattenkritik”. Several of the Trio’s recordings were labeled ‘referential’ by Swiss radio DRS CD comparisons. The Mendelssohn and Schubert CDs were also honored with the “SuperSonic Award”.

Most recent recordings include Trios by Joseph Haydn and the two string sextets by Johannes Brahms in the version for piano trio by Theodor Kirchner.